Home News Ryan Kavanaugh, Boxing Promoter, Makes Sure That The Show Goes On 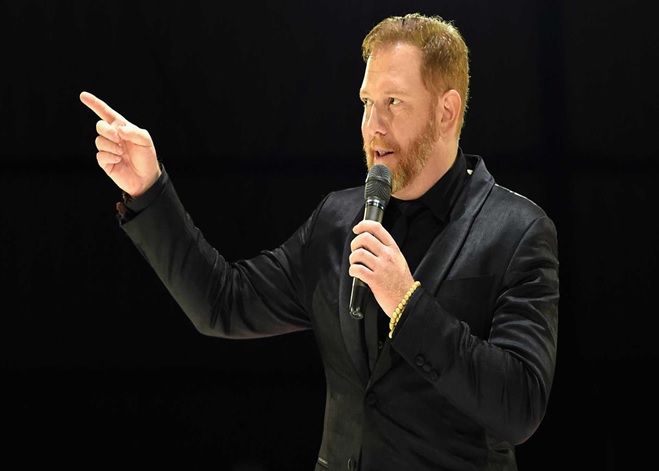 What does it take to land a former president for a major fight? A creative, experienced fight promoter, a change in location, and some fast thinking.

In September 2021, Triller Fight Club owner Ryan Kavanaugh was preparing for a major event featuring boxing legend Oscar De La Hoya and former UFC champion mixed martial arts fighter, Vitor Belfort. A week before the September 11 bout, De La Hoya let Kavanaugh know he had been hospitalized with the COVID-19 virus and had to withdraw from the bout.

In the ensuing days, Kavanaugh needed to find a new fighter for the showcase fight on the card and, when California would not authorize the new fight, a new venue.

Kavanaugh was able to secure Evander Holyfield, the only fighter to hold both the cruiserweight and heavyweight titles, for the marquee matchup. He was also able to shift the fight from the Staples Center in Los Angeles to the Seminole Hard Rock Hotel & Casino in Hollywood, Florida.

Ryan Kavanaugh was able to secure President Donald J. Trump to provide commentary on the fight. The move was a coup for Kavanaugh and is believed to be the only time in history that a U.S. president has provided commentary on a boxing match.

The Trump effect was considerable. Tickets to the in-person event sold out at the Florida arena hours before the first fight on the four-bout card. But when Trump was announced, orders for the online pay-per-view option leaped higher.

Triller’s Ryan Kavanaugh arrived at the fight via a loading dock entrance and made his way to the broadcast booth, where he met both the former president and Donald Trump Jr. He also recorded a video with the two Trumps talking about the fights; the video was soon posted to social media to provide a lift for last-minute online broadcast sales.

The atmosphere in the arena was electric and when the crowd saw the former president, a chant erupted.

The crowd was even more engaged when the main attraction ended in a TKO victory in the first round for Belfort. The result was a major upset for Belfort as Holyfield was the considerable favorite.

In fact, there was much concern in boxing circles that Holyfield could seriously hurt Belfort. Ryan Kavanaugh himself spoke to Belfort about those concerns, which the fighter dismissed, assuring the promoter that he was in great shape for the bout.

For both fighters, there’s more in store. After the bout was called, Kavanaugh went into the ring and called out YouTuber and boxer Jake Paul. He challenged Paul to a $30 million, winner-take-all bout against Belfort. Shortly thereafter, Belfort recorded a video, calling Paul a coward if he were to refuse to fight the newly crowned victor.

Holyfield didn’t take the loss well. He disputed the reasons for the TKO and video replays seemed to show that the champion had a good point.

Kavanaugh, ever the promoter, is already planning Holyfield’s next fight.