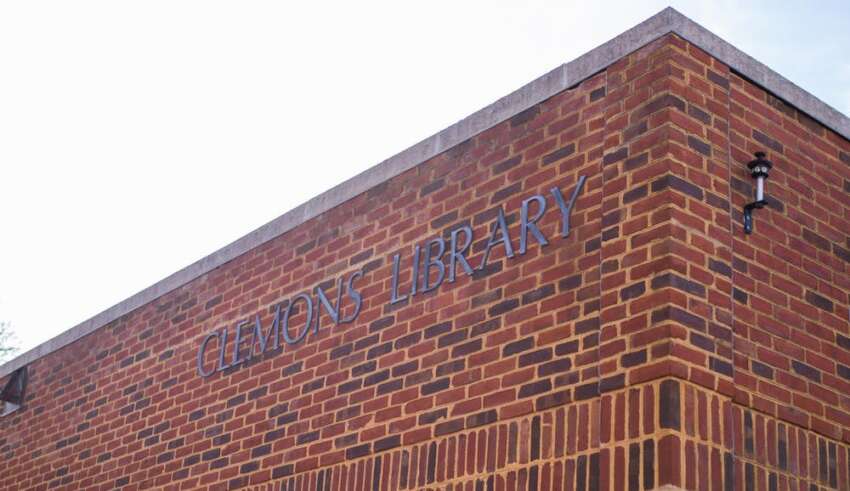 Due to observed rising levels of global warming, spirited debate around climate change has dominated conversation at local, state and national levels for well over a decade. The University has responded to the increased threat of global warming by incorporating new technology aimed towards energy sustainability. Among the crowded field of clean energy techniques that have been implemented, solar power has emerged as one of the most recent examples of the University’s strides towards reducing its carbon footprint.

In 2016, the Office of Sustainability launched a climate action plan that intended to decrease the University’s carbon output to 25 percent below 2010 levels by 2025. Remarkably, this goal was met far quicker than initially anticipated, as the University reached its desired output level in 2019. To continue this momentum, the Office of Sustainability then moved the goalposts further with a new climate plan that featured a particularly audacious objective — achieve carbon neutrality by 2030.

According to Andrea Trimble, director of the University’s Office of Sustainability, the utilization of solar power has become one of the driving forces behind the observed progression of initiatives aimed at reducing the University’s carbon footprint, and the sky is the limit.

“Solar definitely already is playing a role and will continue to play a role [in helping the University meet its sustainability goals],” Trimble said. “It’s a component of our approach to carbon neutrality. Maybe it’s not the biggest component… but I think as technology advances it’ll continue to grow.”

A necessary component of solar power is a photovoltaic, or PV, cell that directly converts the energy from the sun’s rays into consumable electricity. Solar panels are composed of PV cells and then installed in an area that maintains a high volume of sunlight throughout the day, which is usually found on the roofs of buildings or on the ground in a designated solar panel area.

From a bird’s eye point of view over the University, one can notice six buildings that are outfitted with these PV cells, including Clemons Library, Ivy Stacks, Skipwith Hall and Alderman Library, with each of these buildings featuring panels on their roofs.

For the University to be able to use solar power as a sizable influence in its increasingly lofty sustainability goals, though, a combination of PV cells installed in on-Grounds facilities is necessarily coupled with energy obtained from off-Grounds solar sites. These two Dominion Energy-owned, off-Grounds sites are located at Hollyfield, situated north of Richmond, and Middle Peninsula site Puller. The two locations generate a staggering amount of energy — each year, Hollyfield and Puller combine to produce the equivalent of over 20 percent of the University’s electrical energy consumption.

Jesse Warren, sustainability program manager for buildings and operations at the Office of Sustainability, explained the difference between the deals for the on-Grounds and off-Grounds locations.

“The power purchase  agreement allows us to buy the electrons and not the panel, ” Warren said. “[The panels at] Clemons, Ivy Stacks, Alderman substation [and] Skipwith Hall are owned and operated by U.Va. That means we paid all the money up front, we get free electrons for those sites for life. Hollyfield and Puller are owned and operated by Dominion with us buying the electrons, and that’s how large scale agreements … can help us achieve [a reduction in] our carbon footprint by about 20 percent.”

Due to the success that solar energy has provided in achieving a greener grid, the University is researching new applications of solar technology in order to extend its use of the resource over the coming years.

Specific examples of the foothold that solar energy has begun to claim on sustainability efforts at the University can be seen through new construction projects — such as the implementation of solar panels into the development plans for the new School of Data Science, currently undergoing construction at the Emmet-Ivy corridor.

Arlyn Burgess, associate dean for administration at the School of Data Science, said that the new technology was always desired for this structure.

“[Solar panels] will be a part of the construction of the data science building,” Burgess said. “It’s always been an important part of the school and the project for us to think about energy usage, with solar definitely playing a role in that.”

Akin to pan-University efforts to reduce the carbon footprint, the new data science building is being designed with sustainability in mind.

“We’re working with some researchers to try and figure out what kind of data we are collecting about our building,” Burgess said. “We have lofty goals in terms of being able to collect data, and then not just collect it, but utilize it to make change [in order to] increase the sustainability, wellness and utilization of the building.”

With these goals in mind, projects like the new construction of the data science building will be able to coalesce with other current efforts in order to help advance the current green energy goals set by the Office of Sustainability.

“The climate action plan for 2030 is currently in the works,” Warren said. “There’s room in there for new technologies and new opportunities… So now we’re asking ourselves, what are the technologies [and] what are the ways we’re going to get to carbon neutral by 2030?… How much will solar help our progression?”