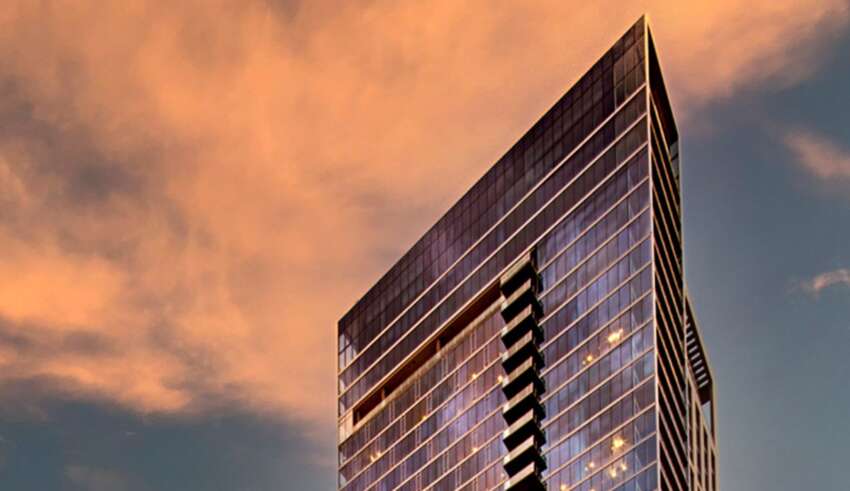 North Texas remains a hotbed of activity. Here’s a look at projects, deals, and trends that stood out last year.

Real estate professionals in Dallas-Fort Worth have a way of creating their own destiny. When challenges arise, they sift through the chaos to discover opportunities. Such was the case in 2021, when, despite economic and pandemic uncertainties, North Texas excelled as one of the top commercial property markets in the nation. It was No. 1 in industrial and multifamily development and leasing activity, as well as hotel development. Data center demand hit an all-time high. Investors paid record prices for luxury office properties, both in total volume (The Crescent in Uptown) and per square foot (The Terraces in Preston Center). These are just some of news and trends breaking in 2021. We reviewed our coverage and talked with key market players to create our list of the 10 biggest stories of the year, detailed on the following pages. Even with ongoing challenges relating to construction supplies and labor, and inflation concerns on the horizon, most industry experts expect job growth and relocation activity to continue propelling North Texas to the top of the real estate heap. Colliers International’s Global Investor Outlook puts Dallas as the No. 1 market for investments in 2022.

Dallas-Fort Worth flexed its industrial muscles in 2021 as the nation’s top market. The region added to its gravitas in the sector with more than 50 million square feet of industrial space under construction at the end of the year. (To put that into perspective, the state of Pennsylvania was second with about 34 million square feet underway.) Industrial leasing, too, continues to see record demand from e-commerce, third-party logistics firms, and food and beverage distributors, as pandemic supply chain shortfalls meant even more growth opportunities for the region. Last year, HomeGoods announced a 1-million-square-foot build-to-suit, Carter Park East in Fort Worth, and the country’s largest retailer, Walmart, selected AllianceTexas for another 1-million-square-footer. Activity in 2022 remains fierce for industrial hotbeds like northeast and southeast Tarrant County, southeast Dallas and the I-45 corridor, and DFW Airport.

Companies continue to seek out Dallas-Fort Worth for its central location and pro-business environment. Here are some highlights from 2021:

Infrastructure engineering giant AECOM, holding a market cap of about $10 billion, relocated from Los Angeles to Dallas, becoming the sixth Fortune 500 company to move its headquarters to the region in the last six years.

People are moving here, too. Texas added the most residents of any state—including both migration and births—with an estimated 310,288 people moving here between July 1, 2020 and July 1, 2021. By this July, the population will reach 29.5 million.

Big moves on the horizon: The Dallas Regional Chamber is tracking 111 projects that are considering a relocation to Dallas-Fort Worth—more than four times the 25 projects the chamber was tracking before
the pandemic.

North Texas led the country in apartment demand in 2021—accounting for a whopping 7.4 percent share of the total U.S. market. The region ended the year with nearly 50,000 total units leased—almost double the previous high in 2019, according to Richardson-based analytics firm RealPage. So, it should come as no surprise that DFW led the nation in multifamily construction, too. Even so, developers are having a hard time keeping up in a market where the vacancy rate is a paltry 2.8 percent. Following the laws of supply and demand, average rents in the region jumped by 17 percent—the largest growth on record for North Texas, RealPage reports. Demand is not expected to taper anytime soon; the region added 144,900 jobs last year, fully recovering from losses brought on by the pandemic.

While Northern Virginia and Silicon Valley pace the country in data center development, demand in Dallas-Fort Worth spiked in 2021 as financial, technology, and insurance users guzzled up capacity. In total, 89 megawatts of data center space was absorbed locally last year. So, what’s ahead in 2022? According to a recent report from Cushman & Wakefield, the region’s historically high oversupply of data center space is no more, as the demand for turnkey spaces continues to be at an all-time high. The market should expect to see some big-time data center development deals announced in the year ahead, C&W reports.

Dallas developers are a fearless bunch.

In the past, that has gotten them into trouble. But with lenders tightening the reins, they’ve not been able to bust out of the gates as quickly as they once did. Things are different when developers have a lead tenant—or direct access to capital. Last October, Ryan Cos. announced it would move its headquarters to a new 24-story tower in Legacy West in Plano, designed by Gensler and developed by Ryan LLC (no relation). Other projects in the works include two towers from Granite Properties—the 26-story 23 Springs at Cedar Springs Road in Uptown and 18-story Granite Park Six in Plano. Corporate campus developer KDC aims to expand the CityLine campus in Richardson with three towers of 13, 15, and 18 stories. And in Frisco, Jerry Jones is adding an 11-story tower at The Star and neighbor Craig Hall is underway with a 16-story office building, part of a mixed-use phase that also includes a 19-story apartment tower and boutique hotel.

Tenants on the Move

It’s not unusual for companies to relocate when their leases expire. But when a building loses its namesake tenant and a longtime private social club to another high-profile property, it is big news. After three decades in Chase Tower, JPMorgan Chase confirmed in November that it was leaving for Hunt Consolidated’s headquarters at 1900 N. Akard St. Just a few weeks later, Dallas Petroleum Club confirmed reports that it, too, would be making the move, with its venue opening on the top two floors of the Hunt facility at the end of 2022. The new tenants will be getting a high-profile amenity, with the expansion of Klyde Warren Park.

Some 450 new residential units will soon be delivered in Dallas’ Oak Lawn neighborhood. Last May, Mike Ablon’s development company, PegasusAblon, hit go on two 18-story residential towers along Cedar Springs Road. The land was purchased from Caven Enterprises, which will continue to operate popular LGBTQ bars: J.R’s Bar & Grill, Sue Ellen’s, Station 4, and The Mining Co. Amid some outcry, Ablon told D CEO: “I was extremely interested [in the project], but only if we could together figure out how to preserve those buildings and establishments. I was not going to be the person who tore down the gayborhood.”